ProductsHideout MY
Home Tech Electronics 5 Ways to Buy Bitcoin in Malaysia that Have Been Used by... 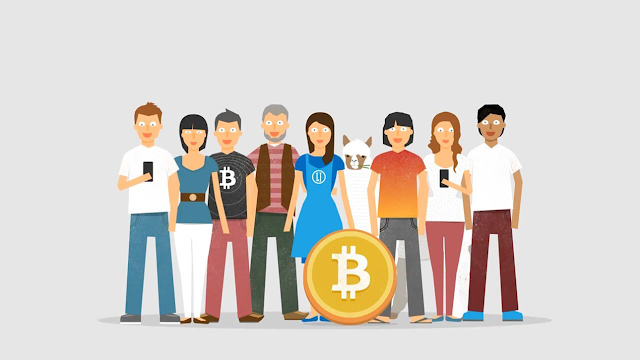 Buying Bitcoin or any other Cryptocurrency (alt-coins) may itself be a daunting task despite the market maturing over the years. Due to the recent hype surrounding it has caught our attention at Productshideout.

Despite it being a controversial form of investment marred by naysayers; it has also gain mainstream relevance among crypto enthusiast and attention of banks that believes it could potentially change the way people perceive money, banking and disruption of traditonal finance.

Hence, below we have compiled various ways you can buy and trade bitcoin and other cryptocurrencies in Malaysia.

P/s : Investing in cryptocurrencies is a risky proposition . Only invest what you are willing to lose.

Local marketplaces are just an intermediary between two person. You are purchasing or selling your bitcoin through another party. It is as simple as listing your buy or sell such as listing your products in Mudah, Carousel or Shopee. The intermediary does not sell or buy their own products.

Incorporated in Seychelles, it has been expanding to various developing countries such as Malaysia. It is fairly new compare to other marketplace such as localbitcoins, their support are great however it is still apply to the downside of a marketplace. Such as buying and selling bitcoin to another party that still encounter risk, since you might be dealing with more than one person that could result in scams.

One of the prominent player in the bitcoin marketplace scene internationally. They have a simple interface to allow users to quickly execute their purchase and some users might required additional verification in order for other users to trade with them. However, the downside is still the risk of trading with another user instead of one trusted entity such as a bitcoin exchange.

These exchanges work similar as your normal currency exchange. They allow traders to trade with other different alternative cryptocurrencies in the open market.
However, they will be holding your funds accountable so traders will have to trust them with their money and assets. In this case security is often a major concern. Some exchanges here deals in different currencies and offers different form of services like ; instant buy, instant sell and trading with other traders on their exchange to name a few.

Luno, formerly known as BitX is a well known exchange platform in Malaysia. You can buy or sell bitcoin instantly or you can trade in their exchange market. The downfall is however, they have issue with Malaysia government regulation and it has not been solved yet. Therefore, withdrawing will be an issue since their bank account is currently not working. We would advice you to stay away from it as for now.

Good news for the Crypto community and traders alike in Malaysia. We have been picking up rumours of a launch of a new exchange to take on the shoes of exchanges that’s been facing issues.
With the promise of solving various pain points Malaysian cryto traders are facing like good support, security and a larger portfolio of alternative currencies (alt-coin) their aim to give its users a flexible choice to invest in their favourite coins.

This is so local users can get their hands on these cryptocurrencies without using international exchange that involves complicated transactions before they can start trading in their desired coins.

ProductsHideout reviews the best products available to be purchased online or in-store in Malaysia. Making it a hassle-free experience for users to do their research and purchasing the right product.
Contact us: [email protected]
© 2016 ProductsHideout.com, Inc. All Rights Reserved.